I have a patent case that appeared to be going nowhere and a client who did not want to wait for the appeal process.  As a result, we decided to try the Ombudsman Program.  The facts are that we had filed four separate responses (one RCE) and had three telephone interviews in this case.  We also filed a Notice of Appeal with a Pre-Appeal Brief.  The case was reopened after the Pre-Appeal Conference.

The inventor is highly educated and well respected in the area of technology of the invention.  The inventor has several other patents in this area of technology and is over 65 so we filed a Petition to Make Special.  The company is a typical start-up that is looking to raise additional financing in order bring the invention to the market.  Having an issued patent would provide a huge boost to their fund raising efforts.  This funding would provide jobs and the technology will save billions of dollars a year to the U.S. economy.  This is exactly the sort of company that drives employment in the U.S. according to the Kauffman foundation.  Their study showed that all net new jobs in the U.S. are created by new companies – to see the study click here.  High paying, high quality jobs are mainly created by companies with new technology.

I was concerned that the Ombudsman Program may not be able to help me, since it is clear that it is not designed to circumvent the normal examination process.  The essence of the problem was failure to follow the requirements for compact prosecution.  In the first telephone interview, I explained that our technology was able to cut a channel in the substance without creating enough heat to change the state of the material surrounding the channel.  All the prior art not only generates enough heat to change the state of the material it is a goal of the prior art to generate this heat and cause the change in the state of the material.  During the first telephone interview, the Examiner and the SPE told me the claims were just TOO BROAD.  Of course, no such rejection exists under the law and the Ombudsman program should be able to deal with this issue.  While Jon Dudas may have thought this was valid rejection, he was not a patent attorney and his ignorance of patent law and technology would fill whole libraries.  In an attempt to work with the Examiner, I added additional structure to the claims.  Some of this structure made it even more clear that we were not heating the material and changing its state.  I was told that the changes looked good and it was likely we would receive a Notice of Allowance, but they could not make any promises.  The next Office Action cited a new reference that again purposely generated enough heat to change the state of the material.  This process was repeated three times.  This sort of switch and bait process where the applicant amends the claims based on an interview to only be shot down in the next Office Action became standard under the Dudas’ regime.  In many cases, the only reason the applicant agreed to the amendment was to obtain allowance, not because they agreed with the Examiner.  These amendments to the claims should be considered contingent on allowance.  Otherwise they should be withdrawn.

Only once was a prior art reference not in the category of purposefully generating heat while cutting to change the state of the material, but it was even more irrelevant to the invention.  Then we filed a Notice of Appeal with a request for a Pre-Appeal Conference.  The result of the Conference was to reopen prosecution with another reference that again purposely generated enough heat to change the state of the material.  That was when we decided to try the Ombudsman Program.

I sent my issue into the Ombudsman form and was quickly contacted by an Ombudsman.  Our telephone conversation was very cordial and they said that they would contact the SPE.  This process took awhile because it was around the holidays.  Eventually, I received a call from the SPE.  The SPE has not reviewed the case, they had no idea of the issues involved, and instead of listening to me they quickly starting arguing about the case.  The SPE even went so far as to call our invention “MAGICAL” because the claims state that we generate essentially no heat during the cutting process.  This was not only rude it is wrong.  I have a MS in physics and I clearly understand that any frictional engagement is going to generate heat.  However, we have viewed this procedure with an infrared camera with sensitivities down to 1/10th a degree and the surrounding material does not appear to heat up at all.  The phrase about generating essentially no heat is clearly true and is in context of the prior art which generates enough heat to change the state of the material.  In order to change the state of the material it must be heated around 32 degrees Celsius above its standard operating temperature.  The most likely reason we do not generate any measurable amount of heat in the cutting operation is that the cutting tool starts at ambient room temperature, which is below the operating temperature of the material being cut, and the material is relatively soft so the cutting process takes very little time and does generate much frictional heat.  In the end, all I got was another useless interview the SPE.  I could have done this without contacting the Ombudsman.

Conclusion – Is it worth it to use the Ombudsman Program?

1) It is possible I asked too much of the Ombudsman Program, but I should have told this in the initial conversation with the Ombudsman.

Note that the excuse by Examiners and SPEs that changes to the claims required an additional search is usually not valid.  The Examiner is suppose to perform their search based on the specification, not the claims.  None of the changes to the claims in this case in anyway change the basic thrust of the invention.

3) I have another case where an Office Action after the Appeal has raised the same issues that were decided on Appeal.  This would be a perfect case for the Ombudsman program to demand the Examiner and SPE comply with the law and not reargue issues already decided, but based on my present experience I doubt I will contact the Ombudsman program.

4) It would be nice for the PTO or anyone reading this to post any successes they have had with the Ombudsman Program so that we all know what issues they are capable of solving.

This blog is focuses on economics, invention, and the law from a Natural Rights and Objectivist point of view. 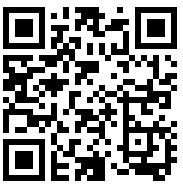